Current birthday traditions originated thousands of years ago when humans began marking the passage of time by tracking seasonal changes.

Although no one knew his or her exact age, they did have some idea of how long a person had been alive by counting how many winters, summers, springs and autumns they had experienced.

Most prehistoric humans did not live to see more than 30 or 35 birthdays, so "old" to them is an age we presently consider young or barely middle-aged.

Further birthday background information reveals that, while the ancient Greeks and Romans did not celebrate birthdays, they believed that at the time of one's birth, a spirit watched over the birth and protected that individual for the rest of his or her life.
Affiliated with Greek or Roman gods and goddesses, these spirits eventually developed into what later became known as "fairy godmothers" or "guardian angels”. 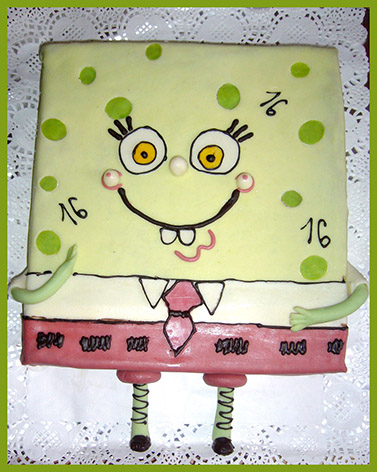 In addition, the Greeks began other birthday traditions such as lighting candles on cakes. These moon-shaped honey and nut cakes represented offerings to Artemis, the goddess of wild animals, childbirth and the hunt, rather than individual's birthday age.

When scholars began creating the concept of time by dividing the span of four seasons into 12 lunar months and assigning days to these months, the origin of birthdays officially commenced about few hundred years before Christianity formed.
Initially, Jews and Christians denounced this ritual, claiming it was based on idolatry and paganism.
The first time a birthday is mentioned in ancient texts is actually in the Book of Genesis, when Joseph describes a dream in which an Egyptian baker is hung on Pharaoh's birthday (Genesis 40:20-22).

During Medieval times, also known as the Dark Ages (5th-15th Century, A.D.), no one kept track of birth dates much less celebrated birthdays because of the Catholic Church's repressive hold on society.
A Christian authority figure named Origen declared it a sin to celebrate one's birth, including that of Christ.

Towards the end of the Dark Ages, modern birthday traditions slowly emerged when the Catholic Church started appointing Saint's names to infants at birth.
In order to keep track of which babies received which names, priests began maintaining birth records according to the Gregorian (Western) calendar adopted in the late 1500s.

• Some European cultures once believed birthdays attracted malevolent spirits. As a result, family and friends visited a person on his or her birthday and made as much noise and celebration as possible to repel evil spirits.
In addition, the more gifts a person received on his birthday, the less likely that bad spirits would bother him.

• Some Britons still put coins and a thimble in cake batter, a custom dating back hundreds of years.
The person receiving the thimble will never get married and those receiving coins will be wealthy.

• Originally, animal intestines and bladders substituted for balloons, before Thomas Hancock enhanced the rubber industry by experimenting with rubber scraps in the 1700s. 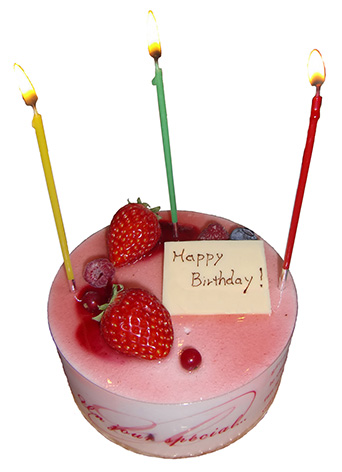 • Birthday traditions involving making a wish without telling anyone about it and then blowing out the candles may have evolved from a belief of unknown origin regarding candle smoke rising upwards and carrying the wish heavenward.

• Written by two teachers from Kentucky, Patty Smith Hill and Mildred J. Hill, the well-known song "Happy Birthday to You" originally was called "Good Morning to All" until it was published in 1893 as the birthday song we all know today.

• The estimate is that the average U.S. citizen receives about six or seven birthday cards on his or her birthday. People send over two billion birthday cards each year.

• Russians serve birthday pie instead of birthday cake, with messages cut into the top of the pie crust

• In Brazil, you get your earlobe pulled instead of a birthday spanking.

• If you see a flag flying outside someone's house in Denmark, chances are someone living inside the house is celebrating a birthday.

• We borrowed the practice of hitting and breaking open a piñata from Mexico.

• If you are a birthday child in Israel, you get to sit in a chair while adults raise the chair and lower the chair as many times as the child is old, adding one more lift for good luck.

The pseudoscience of astrology is so much a part of Western culture that just about everybody knows his or her astrological sign. 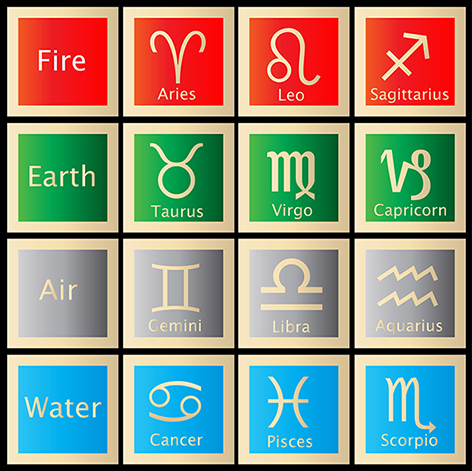 Based on the month and day on which you were born, astrology signs represent a person's character and personality traits.
For example, people born in December are Sagittarians, a sign indicating someone who is independent, outspoken and intelligent. Scorpios, or those born in November, are said to be secretive, psychic and moody.

Interesting birthday facts include archeological evidence suggesting that an early form of astrology may have existed in Babylon around the year 1700 BCE, while positive records of astrological belief come from Mesopotamia between 1950 BCE and 1650 BCE.

Popularized in the 17th and 18th centuries, astrology eventually found its way into modern psychology with Carl Jung, the creator of analytical psychology, presenting theories based on astrology, archetypes, dreams and even UFOs to the general public in mid-20th century.

Currently, professional astrologers determine the location of the planets, sun and moon according to 12 astrological houses, presumably to tell people what their future brings according to his or her birth date.

In some families, it is part of their birthday traditions to receive a “reading” from an astrologer concerning their lives in the coming year.

Whether spoken during a toast or written in a card, quotes about birthdays have a way of condensing the many meanings of birthday traditions into a creative message. These quotes represent some of the more enlightening ones: 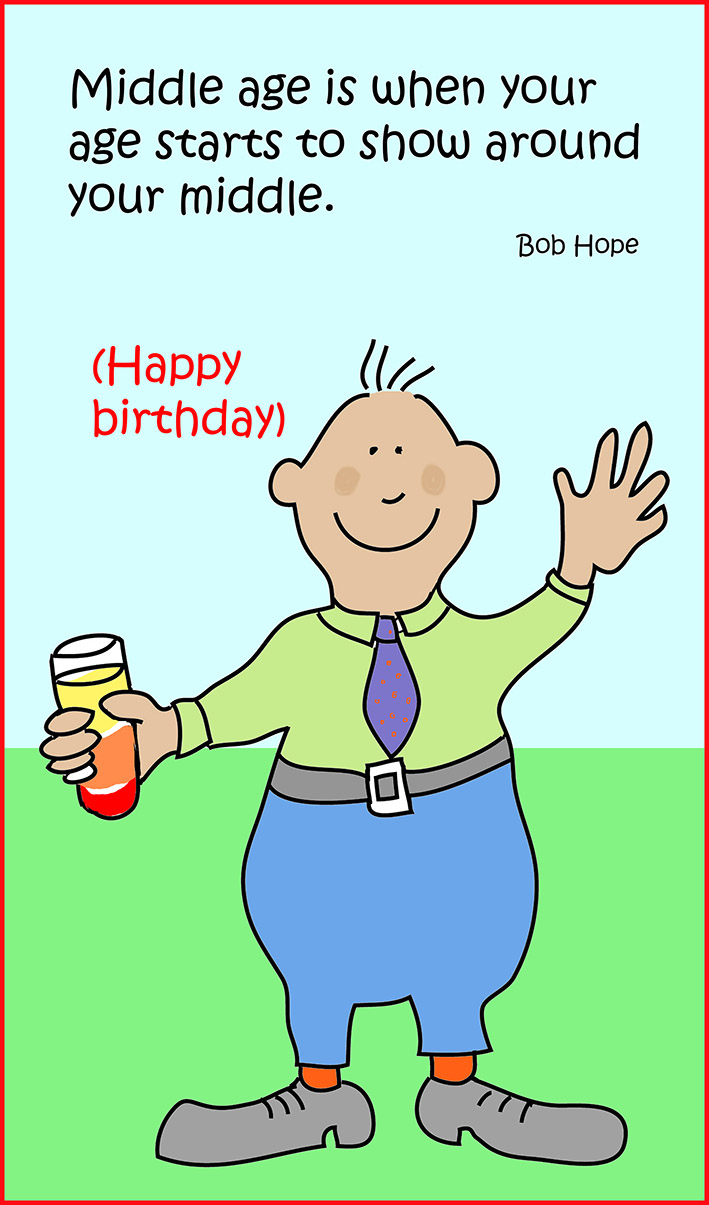 • Growing old is mandatory; growing up is optional.--Chili Davis

• Just remember, once you're over the hill you begin to pick up speed.--Charles Schulz

• Middle age is when your age starts to show around your middle.--Bob Hope

• Time is a great healer but a lousy beautician--Anonymous

• A diplomat is a man who always remembers a woman's birthday but never remembers her age.--Robert Frost

• I'm at an age when my back goes out more than I do.--Phyllis Diller

• No wise man ever wished to be younger.--Jonathan Swift

• And in the end, it is not the years in your life that count but rather it is the life in your years.--Abraham Lincoln

• The best birthdays of all are those that haven't arrived yet.--Anonymous

• The older the fiddler, the sweeter the tune.--English proverb 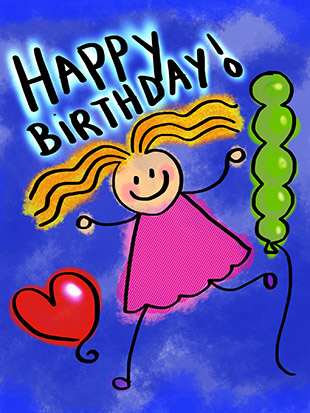 One of the most stalwart birthday traditions is the sending of a birthday card.
History tells us the Chinese invented the “greeting” card for their New Year, birthdays and other ancient holidays. Early Egyptians also sent “cards” on papyrus scrolls to congratulate and honor a specific religious holiday

It was not until the invention of the postage stamp in the middle 1800s that sending paper birthday and other greeting cards via mail delivery became a component of the birthday traditions we practice today.

Birthday cards did not develop a sense of humor until the 1950s, when someone created the “studio” card, a longer, slimmer card containing a funny saying regarding the recipient's age.

Today, birthday cards are an intrinsic aspect of birthday traditions that express a variety of sentiments, such as:

• Another candle on your cake?
Well, that's no cause to pout.
Be glad that you have strength enough
To blow the darn thing out!

• I've been banned from having birthdays
A new rule has been made
Signed, sealed and delivered
By the local fire brigade!
They say that all those candles
Would create such a blaze
That they would have to come and put it out
And then stay around for days!

Because we can send customized “e-cards” through email or design and print our own, we don't have to settle for store-bought birthday cards that may not say exactly what we want to say. 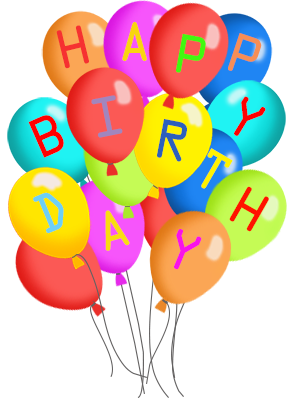 You can easily create personalized birthday cards by visiting 1st Birthday Invitations and Birthday Clip Art and browsing the many images, which you can save on your computer and use to make your own birthday card.

Birthday traditions are now beginning to include homemade cards simply because it makes the recipient realize that you took the time to prepare it especially for their birthday.

All you need to make your own birthday cards is poster board or cardstock, glue, scissors and a printer.

Just cut out the size of the card you would like and fold the card in half. Print the images you want from Birthday Clipart and cut them out to place on your card.

You can begin new family birthday traditions with these card-making tips that can help you create beautiful cards:

• Other items you could use to enhance your card are rubber stamps depicting words or pictures; scrap paper; poster board paint; markers; tissue paper; glitter; ribbons; lace and wavy shears.

• To give your card an “antique” look, wet the edges of the card and gently pull pieces away from the edge.

• Keep pre-made generic cards with basic birthday clipart handy in case you need to send a card as soon as possible.

• Apply a small amount of clear nail polish at the end of cut ribbons to avoid fraying.

• If you make a mistake while creating a card and can't remove it, try covering it with clipart.

Finally you can find some funny birthday cards on my website here.

Birthday traditions have continued for thousands of years and will no doubt continue for a thousand more years because it is a fun, nostalgic and ultimately creative way to show others how much we appreciate them being here and providing us with happiness every day of the year.

Birthday Ideas: Main page for all the birthday pages here, with an overview of them all. 1st Birthday Invitatíons: Invitations for the first birthday, both ready to print as well as invitations you can make yourself.

Kids' Birthday Party Ideas: Well, this ended up mainly to be about a dinosaur themed party, but also some other themes. Funny Birthday Cards: Printable, genuine original cards, and most of all they are funny.

Back to the top of this page about Birthday Traditions