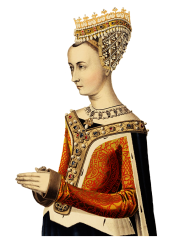 Here comes a page with beautiful Medieval clipart. Some of the clipart come with the white background, but it shouldn't be too difficult to remove that, if you like to put the picture on top of any kind of background.

All these pictures from Medieval ages are a lot larger than you see them here.

Click the picture you like and choose to see the larger version in a new tab.
This version is also the one you get when you use the download button below the picture.

I think these pictures with Medieval time knights and kings and other people will be great to use for invitations for a party with a Medieval theme, not to mention if you are making posters and invitations for Medieval Festivals!

And if you need inspiration for dressing up for any kind of Medieval party or festival, here are so many pictures of Medieval clothes that you have a lot to choose from. The clip art covers a period from 11th century to the 15th century, with the Medieval dresses/clothing and head dresses changing a little, for both men and women.

You can use all my material for free as long as you follow the two very simple rules you can read about on Homepage.


Man and woman from the Medieval time period.

Most of these clip art are of Noble-men and women, or ecclesiastical men, because they are the ones in pictures in books and on tapestries.

Medieval time knights fighting with swords and lances.
Clearly it has been a lot more bloody than we normally see in the films made over stories from the Medieval ages.

Drawing of two medieval knights fighting.
I don't know if the guy to the left is cheating when he steps on the other guy's toes, or if it is part of the game??

A rather more peaceful picture than the one above, but I guess these two women peacefully playing their musical instruments could well be the wives of the fighting knights.

Two candlesticks from the Medieval ages, 12th century, and a picture of a chalice from early 13th century.

The Medieval time period, also called the Middle Ages, goes from the fall of the Western Roman empire in the 5th century to the 15th century, where the Early Modern period starts.

The clip art here on this page is from the period High Middle ages and Late Middle ages, going from year 1000.

In the High Middle ages the population in Europe grew from 35 to 80 million in only 350 years, the reasons probably a better climate, better agricultural techniques and not so many invasions.
The majority of the population were peasants, up to 90 %.

The rest of the population were nobility, clergy and townsmen.

Until the 11th century the manors and land owned by a noble-man would, at his death, be divided by his heirs or was taken back by the overlord, but from 11th and 12th century the  property  was considered hereditary, and all the property went to the eldest son or other male heir.

Towns grew in this Medieval period but never took a great per cent of the population, and the townsmen were a new kind of people, where there had former only been three kinds of society: nobility, clergy and peasants.

Women in the Medieval period were restricted, always required to subordinate to a man. This might be a father, a husband, uncle or other kinsman.

In the Late Middle ages the climate changed from a warm period to the little Ice age, which lead to famine and serious crop failures.
This was followed by the Black Death, a pandemic, which killed about one third of the population in Europe.

In the Late Middle ages strong kingdoms rose in England and France, with long-lasting wars between these two kingdoms.

You can read a lot more about the Middle Age here.


This next clipart is a picture from the 11th century of Spanish warriors.

This Medieval picture is also from the 11th century, and I am not sure what it describes.
Well, the first man is playing an instrument, but it looks as if the other one is playing a peacock, and that really doesn't make sense.
You can decide for yourself :-)


This Medieval clipart shows a knight showing his respect, with his horse and wife in the background.
It actually belongs together with the clipart of the king you find above on this page.

Ecclesiastical Men in the Medieval Ages:

Back to the top of this page about Medieval Clipart 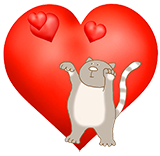 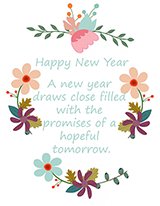 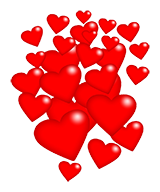 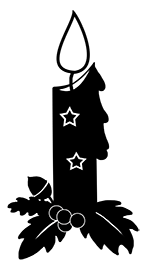